Learn Astrology > Planet Jupiter in Your Natal Chart or Horoscope 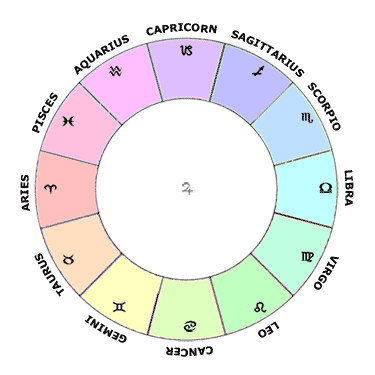 Luck is what you have left over after you give 100 percent.

In this step 2, planets & nodes, of the learn astrology guide to you natal chart, you will discover what Jupiter, the planet of luck, means in your horoscope.

Jupiter is the drive towards expansion and worldly sucess and is also associated with the mind, learning, religion and philosophy.

Jupiter is big, beautiful and bright planet. Full of colour and light some say it rivals Venus for beauty. Like an emperor it has a large number of subject moons that orbit around it. Sixteen in all including Callisto, Ganymede, Io and Europa. The latter the size of our moon. It is an enormous gas giant in the middle of our Solar system and that dwarfs the size of the other planets, with the exception of the next outer planet Saturn. Jupiter is far further out from the Sun than the inner planets and lies on the other side of a major asteroid belt. It is of a different magnitude to the inner planets and represents a different principle.

Once the inner planets have been understood and personalised, the individual can now deal with collective issues and not lose themselves in the process. For this reason, Jupiter is considered less of a personal planet than a planet to do with how we relate to the society we find ourselves in. It is however far closer than the three outer planets which are known as transpersonal planets and have an influence over whole generations.

Jupiter is about our faith in the belief that things will turn out ok and quite often, for this reason, they indeed do. Jupiter expands the mind in all ways, be it for a love of seeking the truth or a love of adventure and challenge or of seeing other cultures and their ways of doing things. As such, Jupiter represents our belief system in the world, everything positive that we strive for and believe as our personal view of truth and justice.

As with all principles there is a shadow side to the energy of Jupiter. Look at the businessman who has too much good wine and fine food and who becomes bloated, or the spoilt child who has never worked for anything who becomes bitter and resentfull. For this reason there is another planet, Saturn, that epitomises the opposite principle to Jupiter. Where Jupiter is all about expansion, Saturn is all about restriction.

In mythology, Jupiter was Zeus the king of the Gods. Brought up in the illysian fields he was fed on Ambrosia and had the horn of plenty, the Cornocupia, that would never run dry. In Roman mythology, Jupiter was the God Jove which gives us words like Jovial or Joyous. Unrivalled in power and strength. Jupiter represents everything to do with expansion, optimism and benevolence. Like a king he dispenses his power and favours to those around him. Everything about Jupiter is larger than life.

Ruler of Sagittarius and Pisces

Jupiter rules over Sagittarius and is co ruler of Pisces. With Sagittarius the optimism of Jupiter is translated often into a positive personality always searching over the horizon for an expansion in faith and knowledge and challenge. With Pisces, the spirituality of Jupiter leads to an understanding and sympathy for the different races and faiths on the planet.

Jupiter in the Signs