Learn Astrology > Planet Mercury in Your Natal Chart or Horoscope 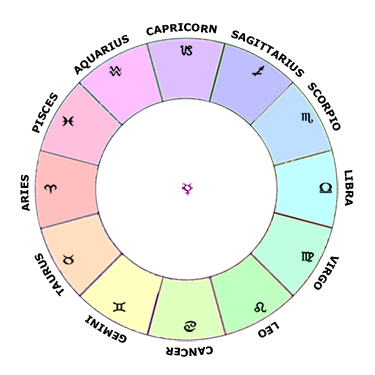 Neither can embellishments of language be foundvwithout arrangement and expression of thoughts, nor can thoughts be made to shine without the light of language.

In this step 2, planets & nodes, of the learn astrology guide to your natal chart, you will discover what Mercury, the planet of communication, means in your horoscope.

Mercury is one of the two inner planets between the Sun and the Earth therefore considered as a very personal planet. It never strays very far from the Sun and indeed is not so easy to see because of it's proximity to the Sun. Mercury appears to dart across the sky at great speed for a planet. It orbits the Sun in just 88 days.

Mercury is also known as quicksilver and is the metal used in a thermometer because of it's highly responsive nature to changes in temperature.As such Mercury represents a principle of carrying information from one place to another or highlighting information where it is placed in a natal chart. Indeed where Mercury lies in the natal chart explains how a person expresses their communication and intellectual abilities. It shows how a person internally does their thinking.

In Greek mythology, Mercury was known as Hermes the winged messenger. It's speed would allow it to communicate between the other Gods. In human terms it allows a person to make connections between different facts and events instantaneously.

Ruler of Gemini and Virgo

Mercury rules or is at home in two astrological signs, Gemini and Virgo. The sign of Gemini is known for it's ability to connect ideas together. It is also known for it's love of information of all kinds. The sign of Virgo makes use of intellectual ideas but as it's an earth sign, they are used in a more materialistic or practical task orientated way. This may well be with the healing arts.

If Mercury is found in zodiac signs such as Taurus, it's speed is slowed and the the taking up of ideas takes longer but once adopted they will have a solid and enduring quality.

Mercury in the signs