Learn Astrology > Planet Pluto in Your Natal Chart or Horoscope 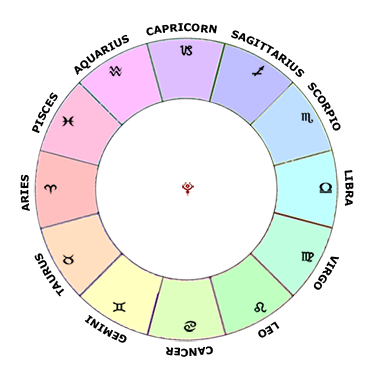 Though you have made me see troubles, many and bitter, you will restore my life again from the depths of the earth, you will again bring me up.

In this step 2, planets & nodes, of the learn astrology guide to your natal chart, you will discover what Pluto, the planet of power, in your horoscope means.

Plutonium people are very intense, powerful, magnetic figures. They often rise to the top and make great impressions on the people around them. Ultimately whether they use this power for the good or not is up to them. Plutonium people also have a depth about them. There is no idle chatter for them as they wish to penetrate to the core of an issue. They also experiences many changes in their lives as the energy of Pluto is ultimately about transformation of the character.

Pluto is a planet of transformation and as each of the other planets epitomise attributes fundamental to the character of a person so Pluto does also with the depth it gives.

The last known planet of the solar system is Pluto. Infact some astronomers even debate is it a planet at all. It is very small, infact much smaller than many of the moons in the solar system. It also has an odd eliptical orbit that sometimes takes it inside the orbit of Neptune.

Pluto was discovery in the early 1930's by Clyde Tombaugh. It saw the emergence of a number of powerful leaders that were ultimately involved in the second world war. Hitler was writing mein kampf at this time, Stalin conducting purges, and Mussolini rising to be a dictator. The leaders of the time epitomised power and the dangers of abusing it. The actual atomic element of Plutonium was ultimately used in the bomb; "fat boy" dropped at the ending of this second world war in the bombing of Nagasaki.

In physics, the splitting of smaller and smaller particles involves releasing larger and larger amounts of energy. Pluto is a very small planet but represents the ultimate concentrated energy. Indeed when we nowadays talk of a powerful computer it is one that involves large computing power in a very small physical space. In the old days, a whole room would be needed for something that can now fit in to a tiny sized chip. This is the concept of Pluto - concentrated and potentially dangerous power.

In greek mythology, Pluto was Hades god of the underworld. In myth Pluto took the innocent Persephone, who had plucked a pomegranate, into the underworld. She was eventually only allowed to return every spring to herald new growth and life, only to return every autumn to the underworld. Pluto, however, forever changed Persephone in that she became a guide for the souls in the underworld and reached a different depth as a person. This is the gift of Pluto in that it adds a depth to a person often through pain and suffering in removing that which is no longer useful.

Pluto is the co ruler of the sign of Scorpio. If you meet Scorpio people, you will notice an intensity about them and a depth of feeling. Nothing is just surface deep as everything is felt to the core of the person. This is the influence of Pluto. Scorpios often make powerful leaders and you cannot fail to notice their magnetic energy when they are around.

Pluto in the signs

Discover what Pluto in each sign of the zodiac in your astrological chart, also known as a natal chart, birth chart or horoscope, means below.