Learn Astrology > Planet Neptune in Your Natal Chart or Horoscope 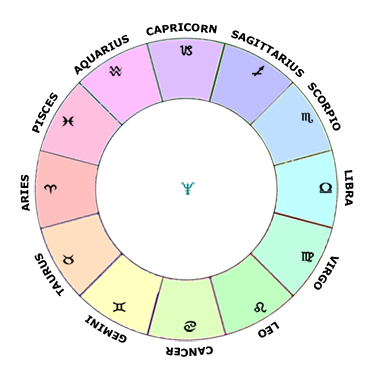 The greatest mystery is not that we have been flung at random between the profusion of matter and of the stars, but that within this prison we can draw from ourselves images powerful enough to deny our nothingness.

In this step 2, planets & nodes, of the learn astrology guide to your natal chart, you will discover what Neptune, the planet of illusion, in your horoscope means.

Neptune represents the ideal, the perfect world. What we long for. That place of perfection we imagine existed before we were born or after we die. The garden of eden. A place without pain and challenge, an ideal state of bliss.

As with all the planets there is a shadow side. With Neptune this search for the ideal may result in deceiving ourselves, not facing up to the world we live in, ignoring our responsibilities, dreaming the day away, losing ourselves in drugs and drink. Is this search for a better place about escaping from this world or better infusing spirtuality into the world we find ourselves in.

Neptune is the second of the three transpersonal outer planets. The slightly odd orbit of the previously discovered Uranus led John Adams a Cambridge mathematician to predict the existence and position of another planet. However little was done to find the planet and it was discovered in 1846 by the Berlin observatory on the advice of French mathematician Urbain Leverrier. Infact arguments still remain between the two camps as to who was responsible for the discovery of this most confusing of planets.

As mentioned with Uranus, the time of discovery of a planet is deemed very significant to astrology. What the planet represented could be seen by what was being experienced by people at the same time. This was the time of a humanitarian movement, the poor laws were introduced and homes and hospitals were made available for those who couldn't afford them. Anasthetics were introduced to remove pain. Acts of concern for the individual and his ideals were made part of the institution of the state.

This was further emphasised when soon after it's discovery a whole civil war was fought in the United States on the principle of a persons right to freedom. At the the same time there was a great flowering of the romantic movement in art. Painters like Turner and Constable flourished in England along with poets such as Wordsworth and musicians such as Chopin. There was also a great rise in interest in spiritualism and the occult at this time.

In Greek mythology, there is the idea of the waters of forgetfulness. Before we come into this world, we enter the waters to forget the world we came from. Even so there is still a dim memory left of that state of bliss as we enter this world of effort and challenge. Indeed Neptune is Poseidon, the god of the sea and is itself a deep blue planet. Water is the embrionic state we lived surrounded in the womb where there was no struggle or effort. Water sustains us and purifies us. We feel renewed and refreshed with water.

In Kabbalah, it says an angel touches us on the lips before we enter the world and we forget all that we once knew but that we have the truth inside us so when we hear it again we remember it. Whatever path we take in this world, somewhere we all long for harmony and bliss and peace and wish to avoid chaos and pain. We want to return to this Neptunian state. Neptunian people may do it by dreaming of a better society, remembering childhood, losing themselves in an idealised relationship or going to the movies.

Neptune in the Signs