Learn Astrology > Planet Uranus in Your Natal Chart or Horoscope 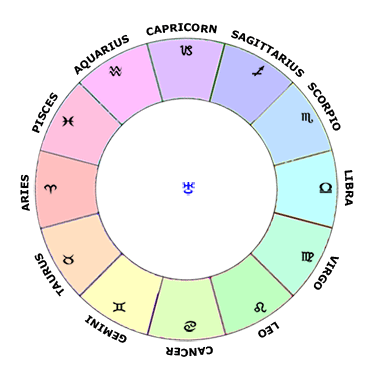 The truth is cruel, but it can be loved, and it makes free those who have loved it.

In this step 2, planets & nodes, of the learn astrology guide to your natal chart, you will discover what planet Uranus in in your horoscope means.

Uranus is the planet of rebellion and is very much associated with the priciples of revolutions. ie. freedom, justice and liberty and brotherhood of man.

Just as Uranus was found around the time of revolutions, a person with Uranus very dominant in their natal chart, will espouse and champion these characteristics. A Uranian person cannot be put in a box or be forced to follow a strict routine, they will be unhappy as they very much need their freedom to follow their own ideals. One could see someone such as Albert Einstein as a Uranian figure, stuck working in his patent office his mind escaped and soared to undreamt levels and he quite literally changed society and the way we would in the future perceive reality.

Uranus is the first of the three transpersonal outer planets. Unlike all the planets before it, this is the first planet that cannot be seen with the naked eye. Infact astrologers were convinced no other planet would be found in the solar system beyond Saturn. It therefore came as a great suprise when in 1781 William Herschel, an amateur astronomer who had worked on improving the telescopes of the day, discovered Uranus. In a stroke he doubled the size of the solar system and destroyed the established order of the planets that had reigned since man had first looked at the stars. Uranus also has a very odd rotation in that it spins on it's side much like a barrel. It's equator is vertical.

The period Uranus was discovered was in between two major revolutions, the American Revolution of 1776 and the French Revolution of 1789 whose seed had already been planted. Astrologers very much attribute the characteristics of a planet to what was going on when it was sighted as there was no coincidence it was discovered at that time. As a people we were only ready to consciously discover it's influence then. Everything about Uranus, as you can see, is about being revolutionary, being different. It was never expected to be found, it has odd characteristics and it's discovery broke the bounds of all that had been known up to this point.

Uranus in a person, represents their revolutionary or innovative capacity. Unlike Saturn it is a transpersonal planet. It's inspiration comes from another realm entirely, where Saturn was all about hard work, Uranus is about dynamic shattering ideas that will change the status quo. It is that 'aha' moment when a new idea enters a person from where we know not.

In mythology Uranus is associated with the principle of Prometheus who stole fire from the Heavens for the benefit of enlightening mankind. This fire could give man great new inventions such as were seen soon after the planets discovery during the Industrial Revolution. Indeed the gifts of the outer planets are not intended for solely personal use but for the benefit of the whole of society, to take it to a new level.

Uranus is the ruler of the sign of Aquarius. Aquarians are generally revolutionary in their outlook. They are unique in that they follow their own path and are fiercely independent. They have ideas and dreams to improve society. Their Uranian influence gives them an ability with ground breaking technologies and they are often found at the forefront of the computer revolution.

Uranus in the signs

Discover what Uranus in each sign of the zodiac in your astrological chart, also known as a natal chart, birth chart or horoscope, means below.